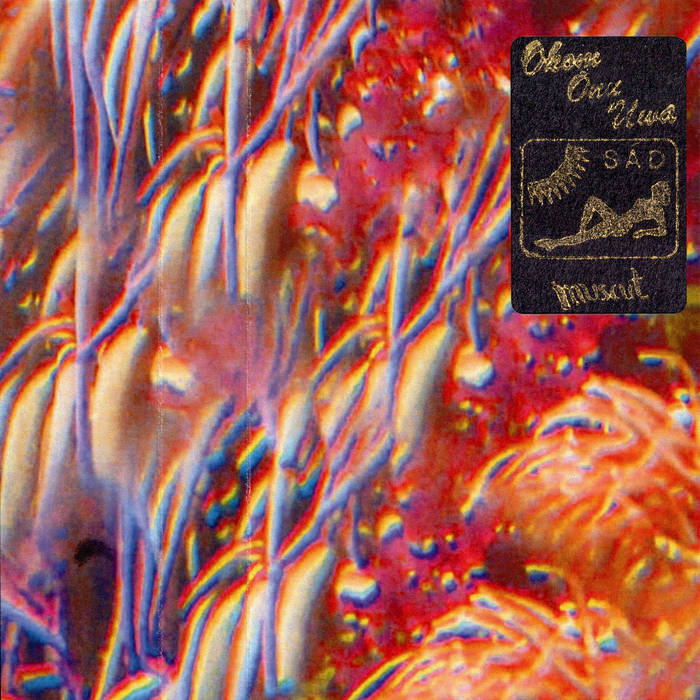 Moscow’s S A D ensemble is a duo specializing in the performance on multiple tape recorders. Their new album on Muscut is a 50-minute traversal of “Okom Onu Uwa”, a 2016-2018 compositions collection that hails from a unique crossroads in music history where African aesthetics were being combined with Soviet avant-gardism by artists from both traditions eager for a fresh start.

S A D group, born in 2013, belongs to the breakout generation of Russian electronic producers. Like their peers, Vasiliy Stepanov and Vlad Dobrovolski saw parallels between the early music of Stanislav Kreichi or Sofia Gubaidulina and traditional African music.

Shortly thereafter, the duo deeply influenced by the philosopher Gilles Deleuze and the psychoanalyst Félix Guattari “A Thousand Plateaus” book, composed “Okom Onu Uwa” for “any number of simultaneously playing tape to fifteen”.

“Okom Onu Uwa”’s score consists of several loose-leaf layers, assigned one per tape recorder. Each layer contains symbols denoting sustained sounds, glissandos and short, accented sounds, to be played over the course of the performance, whose duration and instrumentation are left to the discretion of the performers. Additional accents mandate occasional points of interaction between two performers, but the majority of their actions are uncoordinated, lining up by chance.