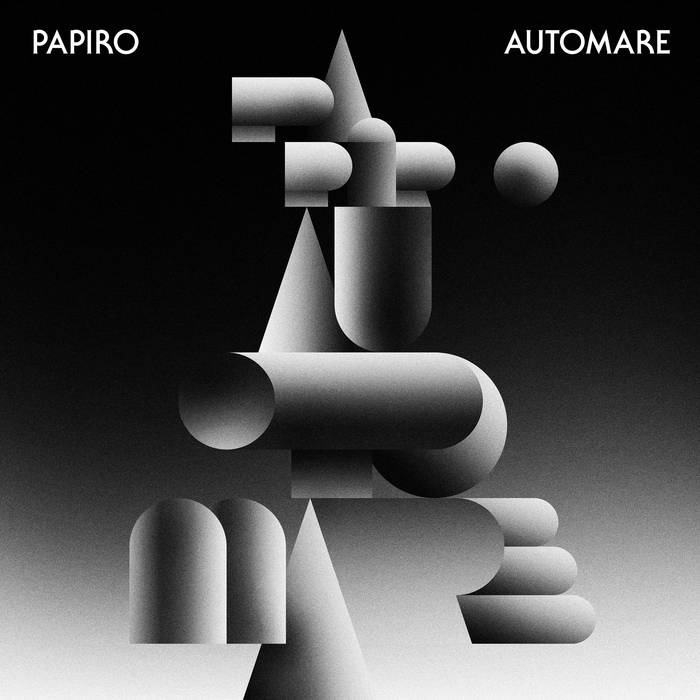 From the city that brought you LSD comes a new album by Marco Papiro, a Swiss-Italian musician and graphic designer who has gained some notoriety with his album covers for the likes of Panda Bear and Sun Araw. "Automare" is Papiro's seventh solo album, recorded on 4-track cassette, on hard-disk, in public and in private, entirely self-produced and now released on Nikolaienko's Muscut label.

The five hauntingly evocative tracks offer a variety of atmospheres from surreal to arcane, from celestial to subaqueous. Synthetic sounds (some mature EMS, Moog and Roland) are combined with other assorted instruments (organ, shehnai, electric guitar and bass,) and emulsified through various time-and-space-bending devices. There are no percussions, with one surprisingly groovy exception, in which a drum machine is being generously treated with phaser and envelope filters – think of early Cabaret Voltaire with a North Saharan touch.

Papiro's handcrafted artificial vocals are anything but human, but all the more compelling: out of the fluorescent Plankton of the side-long opening track "Rhenus Rebus" rises a siren's voice, reminiscent of Alide Maria Salvetta in Battiato's "Campane", joined in a final mantra by an oboe borrowed from an inebriated Third Ear Band. Entering a chimeric karaoke bar, the title track "Automare" makes the album even more bizarre by introducing a distinctive pop feel. Back to the abstract world, the following "Polmonella" – a live recording with additional musicians Anthony Glass (aka Antenna Tony Monorail) and Markus Stähli (of Roy & the Devil's Motorcycle) – is a fevery exploration of cosmic territories in the manner of Harmonia, while the alien articulation of "Incom" sounds unlike anything else ever recorded.