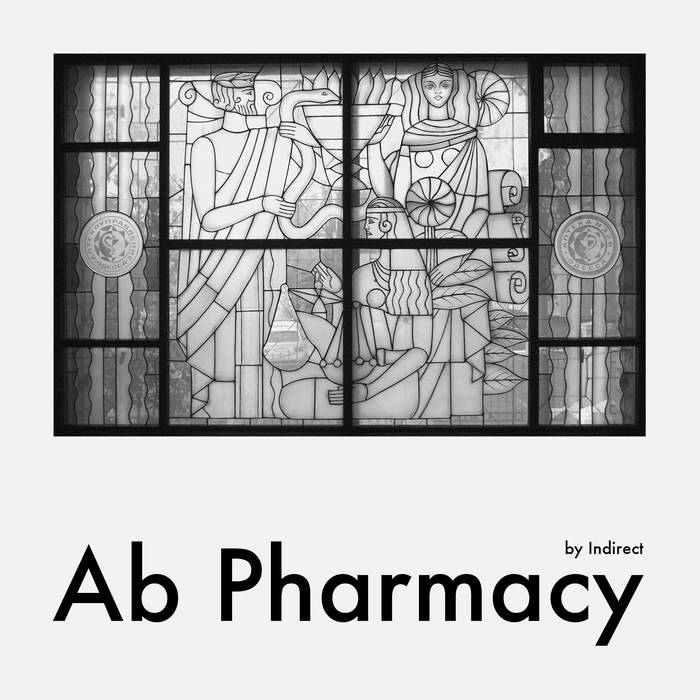 a made up reality

For a few years until recently, Indirect’s rehearsal studio was located at the abandoned Odessa drugstore “Аптека №326”, whose stained glass window is depicted on the album cover. The many hours spent in there practicing and recording have now come to fruition in the six tracks of the Ab Pharmacy album (Latin for "from the pharmacy"), also available as a limited edition 7" titled Waltz.
Indirect — Ab Pharmacy (LP, Digital), Muscut 2d / DK1d
Indirect — Waltz (SP, 7" Ltd, 300), Muscut 2 / DK1